Over a number of years I have collected British Cavalry Troopers swords.  As in many collecting fields one sometimes deviates away from the original theme. Such is the case with my collecting which varied into Officers’ swords etc.

The so called Coffin Top hilted sword was always so elusive in Australia, in fact “where would you find one”. At a Melbourne Gun show some years back I met a dealer from South Australia who regularly attended the Gun shows.  In conversation with him re such swords, he said he had one, albeit damaged and missing the knuckle bow and no scabbard. The sword turned up at the next venue and I snapped it up immediately.

Research and conferring with fellow collectors is paramount in comparing knowledge of collecting in any form. My research led me into books such as Robson’s book “Swords of the British Army” along with correspondence with the British Museum in Leeds. From these sources of research I was able to restore the sword hilt to what it would have been originally. The scabbard was lifted or copied from Robson’s book.

Since then I have acquired three more Coffin Hilted swords from overseas and the following, covers what I consider to be the most unique British Hilted sword following on from the 1788 Light Cavalry types during the period 1792-1802.

When researching one’s collecting, the roads lead one all over the world and the following are examples of variations to the Coffin Hilt Swords. They certainly are not the only ones of these types so one can only keep researching.

The Hudson Bay Company in Canada around 1796. 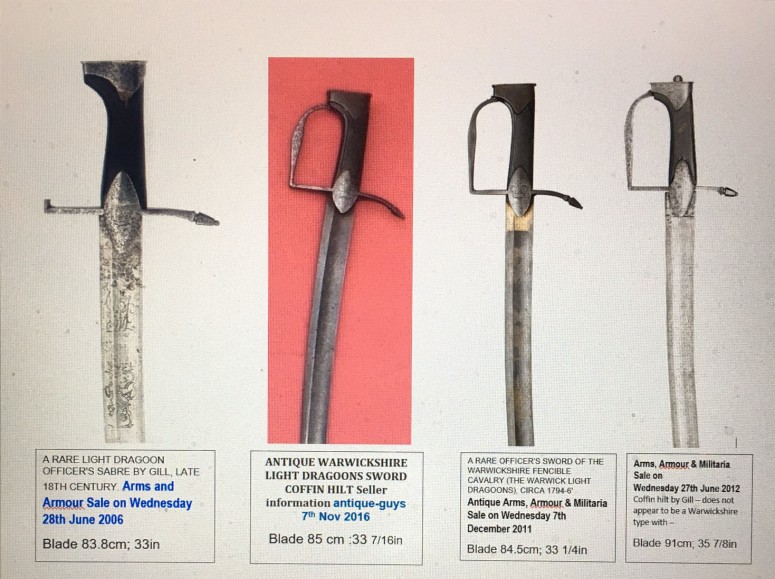 The Warwickshire Light Dragoons sword is considered rare and after many hours of research I can only find reference to the swords as above. The far right hand picture was shown as being WLD type but the quillon and the langets are different. The second sword is my WLD purchased in Nov 2016. 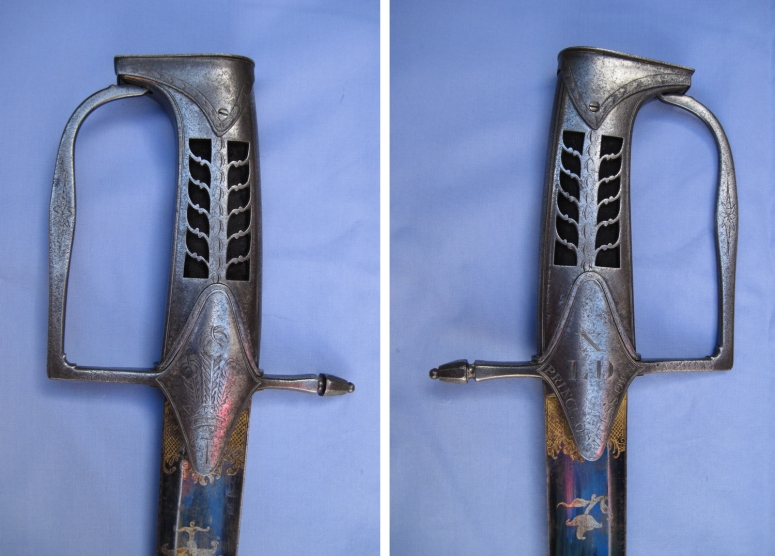 The gift of the swords was to the Officers of the 10th Light Dragoons and so marked on the Langets XLD and the Prince of Wales Ostrich Feathers motto “Ich Dien” meaning “I Serve”, adopted  after the battle of Crécy (1346). I consider that this sword to be the best example of swords for Officer use as opposed to the one off type for notable Royalty etc. 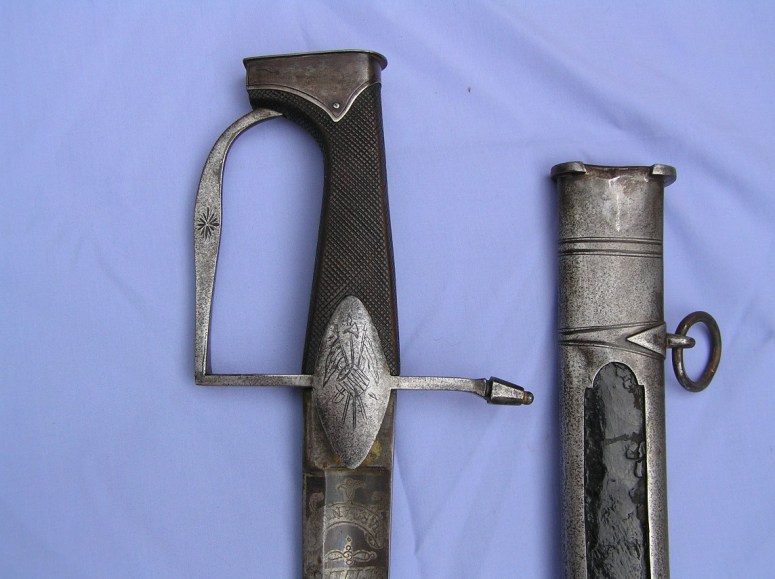 This type of scabbard I used to copy the Warwickshire Light Dragoons sword I own which was also made by T Gill in 1794. A copy of both scabbards i.e. in leather and steel is shown below.

Leather option that may be in keeping of style, metal fittings lifted from supposed Gill sword mid-1790s.

All steel copy of a known T Gill scabbard as supplied by Richard Dellar.

Both scabbards were made in March/April 2017 by Mike Royle from Victoria AUSTRALIA.